Many important physiological activities in the human body are controlled by peptides, including immune defense, digestion, metabolism, reproduction, breathing, and sensitivity to pain [1]. Along with good efficacy and tolerance, peptides exhibit favorable characteristics in the development stage, such as predictable metabolisms, short time to market and low attrition rates. Increasingly, peptides are entering clinical trials, being then approved as drugs owing to advances in structural optimization, formulation and production [1,2]. At the same time, these molecules have several disadvantages, such as:

Peptidomimetics are synthetic molecules created to mimic natural peptides in three-dimensional form so that they retain the same biological activity while reducing the risks of their natural counterparts, including stability, proteolysis resistance, and bioavailability (Fig. 1). Such structurally modified peptide drugs are intended to disrupt the large and flat interfaces of their respective biological targets. Thus, peptidomimetics are developed to overcome the limitations listed above because they possess good metabolic stability, good bioavailability, and high receptor affinity and selectivity. Their general design implies the lead peptide structure optimization by adding functional modifications that can overcome intrinsic peptide disadvantages while maintaining the structural features responsible for its biological activity [4]. In modern medicinal chemistry and drug discovery, the art of converting peptides into drug candidates is a dynamic and fertile field. To modulate the conformational flexibility and the peptide character of peptidomimetic compounds, so far various synthetic strategies have been developed. 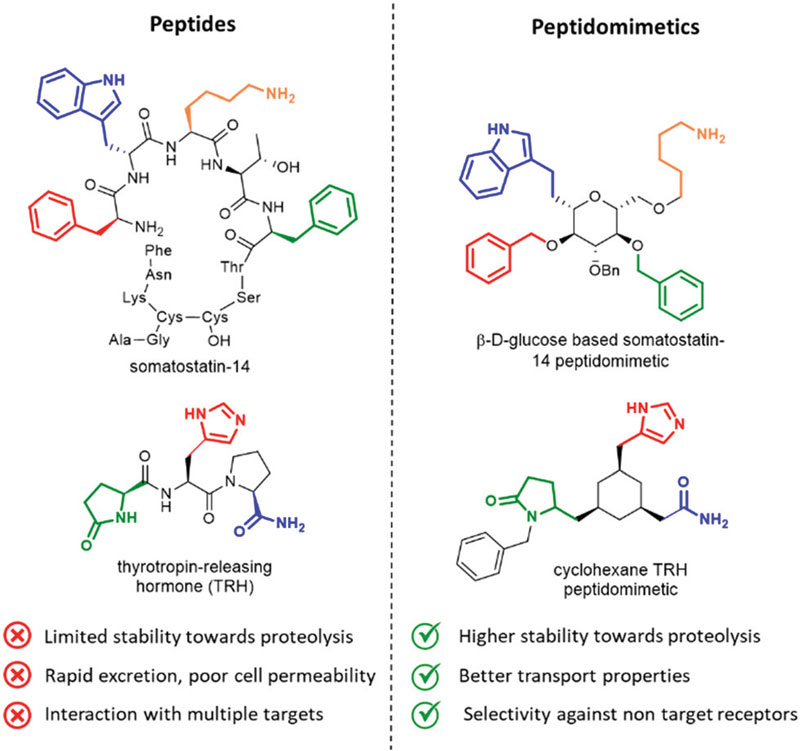 The classification of peptidomimetic compounds has changed over time, from a historical arrangement based on structural and functional characteristics into a more comprehensive one incorporating new approaches based on foldamers and peptoids with high molecular weights. Historically, the peptidomimetics were classified according to their similarity to their native substrate [5]:

The new classification, recently proposed by Grossmann and coworkers [6], classifies peptidomimetics based on their degree of peptide character:

Today, nearly a century after the introduction of insulin, more than 80 peptide drugs have reached the market for a wide variety of illnesses, including diabetes, cancer, osteoporosis, multiple sclerosis, AIDS, and chronic pain (Fig. 2, 3). In addition to human endogenous peptides, peptide drug discovery has expanded to include a wider range of natural sources and compounds identified through medicinal chemistry. Around 200 peptides are in active development nowadays, which represents an efficient toolbox for therapeutic use. 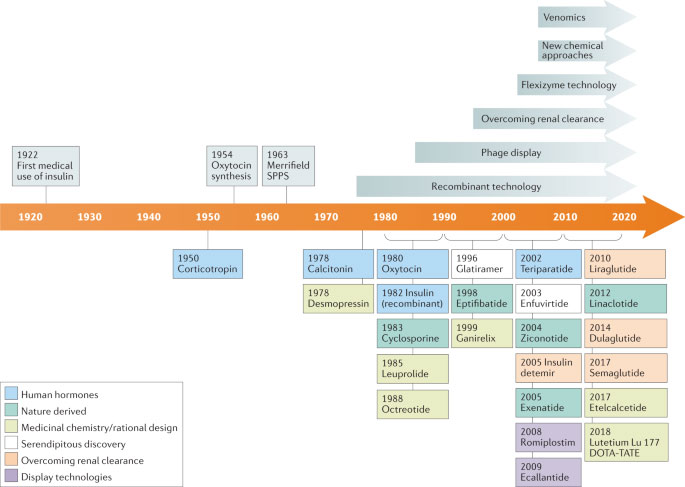 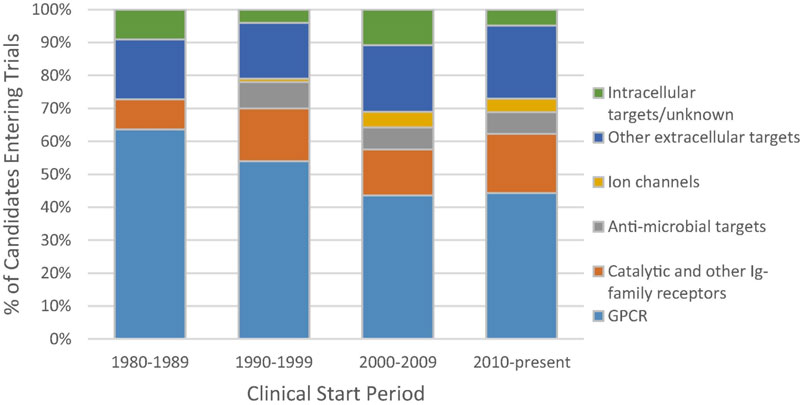 If your area of research involves peptides and peptidomimetics, please take a moment to explore a list of Life Chemicals products and services related to peptide/peptidomimetics drug discovery:

Please, contact us at orders@lifechemicals.comfor any details and quotations.

Welcome to visit our Website for more information and download SD files with compound structures in the Downloads section. Custom compound selection based on specific parameters can be performed on request, with competitive pricing and the most convenient terms provided.