It is known that only about 1 % of the human proteome is targeted by existing small-molecule drug targets. Investigations of a vast amount of protein 3D structure data via repositories, such as Protein Data Bank, revealed that around 10 % of the proteins contain structural folds with possible binding sites for small drug-like molecules. This brings us only about 3,000 druggable human protein targets. Considering that not all druggable proteins represent potential drug targets (since only a limited number of all genes seem to modify diseases), it is estimated that between 500 and 1,500 targets are both druggable and disease-relevant.

At the same time, protein-protein interactions (PPIs) represent up to ~650,000 cases, and among them, a significant number is expected to be druggable. Typically, PPIs involve relatively flat and large protein surfaces lacking the well-defined binding pockets (that are suitable to bind ligands with high-affinity) found in the traditional targets of most therapeutic drugs available on the market (Fig. 1). This is one of the main reasons why PPIs are challenging to modulate with small drug-like compounds. 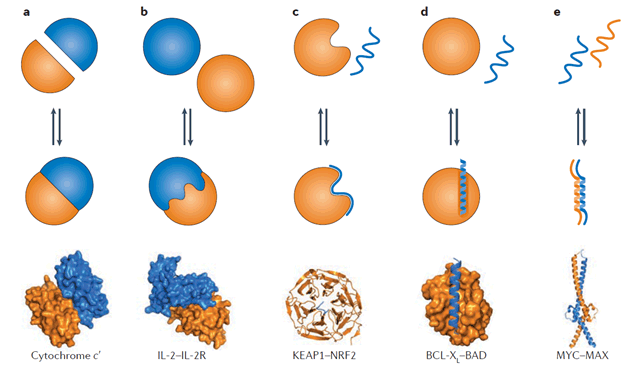 Fusion proteins and humanized monoclonal antibodies exhibit significant shortcomings as PPI inhibitors, which is typical of all biologic-based therapies. This includes their inability to penetrate cell membranes, long elimination half-lives, absence of oral bioavailability, heterogeneity, and possible production and storage stability issues. Taking into account these peculiarities, the development of small-molecule PPI inhibitors could turn out to be a competitive solution because they can overcome many of these limitations while being superior in development cost and ease of production. In addition, there are other PPI modulating alternatives to biologics that include peptides and nucleic acid-based aptamers. However, oral bioavailability will most likely remain a major problem for them, too.

Even though in the past couple of decades, drug research has shown that small molecules can act as effective PPI inhibitors (PPIIs), this is still a relatively new but rapidly progressing field. Effective small-molecule inhibitors have been discovered for several important PPIs (Fig.2), and there are now over 40 PPIs targeted by small molecules in preclinical development. In most cases, small-molecule PPI action is possible due to the presence of PPI “hotspots” – small areas of the protein-protein interface, contributing most of the binding energy. Highest success has been achieved with the development of PPI inhibitors (antagonists) rather than activators (agonists) that stimulate activity or enhance binding, as so far, there are only a very limited number of identified small-molecule PPI enhancers or stabilizers. Molecule databases such as TIMBAL, 2P2I, and iPPI-DB now contain 3D structures for several hundreds of protein-inhibitor complexes. By analyzing these data, computational design of PPI focused libraries has become possible, and that turned out to significantly facilitate hit discovery.

Proceeding from the above, recently updated PPI Focused Libraries from Life Chemicals are of particular interest to those involved in PPI inhibitor discovery and development:

For details on our products and price quotations, please, contact us at orders@lifechemicals.com. Visit our Website for more information and download SD files with compound structures in the Downloads section. 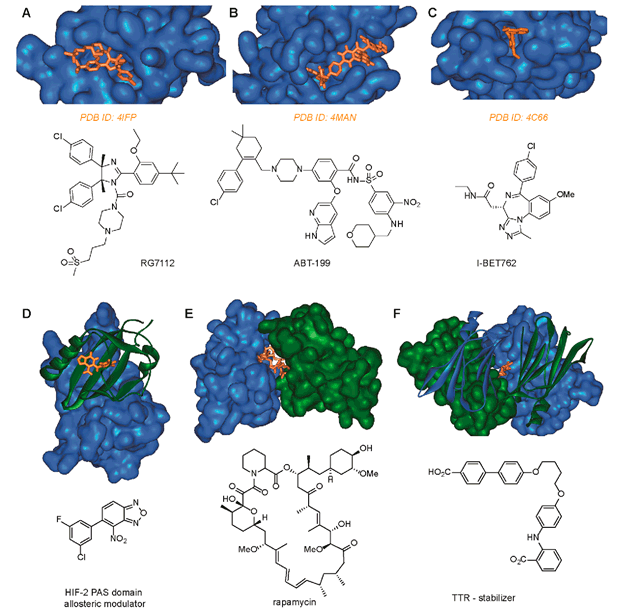