Cysteine proteases are one of the most biologically important clusters of proteins involved in a variety of cellular pathways. They participate in multiple processes, among which there are immune invasion, parasite invasion, parasite egress, hydrolysis, extracellular matrix turnover, making them promising drug targets for various diseases (e.g., AIDS, cancer, cardiovascular and inflammatory diseases, thrombosis, respiratory disease, pancreatitis, and neurological disorders) [1-2].

Being divided into 14 superfamilies, they are structurally different, however, sharing a common mechanism of action. Their unique role in protein degradation determines a broad distribution of cysteine proteases. It also implies a variability of active sites, as a result of the target folding specificity.

A similarity search was used as the universal method to design this Screening Library of potential cysteine proteases inhibitors. A reference database over 7,200 biologically active compounds from assays related to cysteine proteases was compiled using the data available from patents and literature publications. The Life Chemicals HTS Compound Collection was searched for compounds similar to the compounds from the reference database using MDL public keys and the Tanimoto similarity more than 85 %. PAINS filters were not applied for this Library preparation as they would remove a substantial part of both reference molecules and analogous screening compounds due to the nature of cysteine protease-targeted drugs. Reactive compounds were removed with in-house MedChem filters.

In total, the Library comprises over 3,700 screening compounds with potential inhibitory activity against cysteine proteases were included in the Library (Fig. 2):

The compound selection can be customized based on your requirements, cherry-picking is available. A preplated set based on this Screening Library is also offered. For more details, please, consult our Pre-plated Focused Libraries. Please, contact us at orders@lifechemicals.com for any additional information and price quotations. 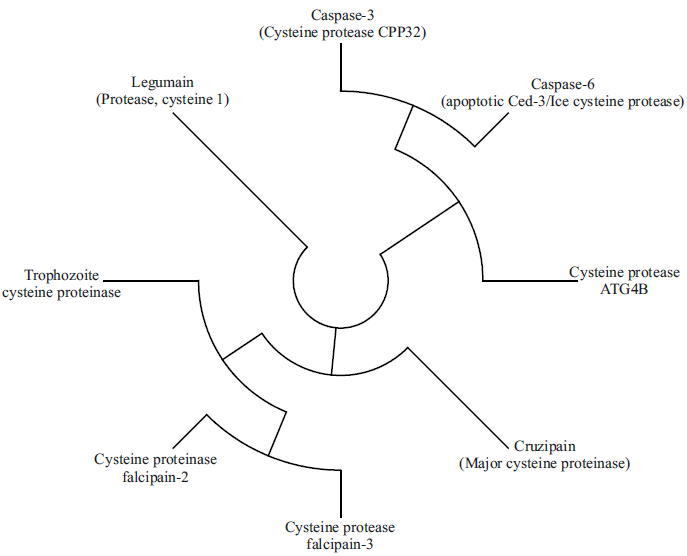 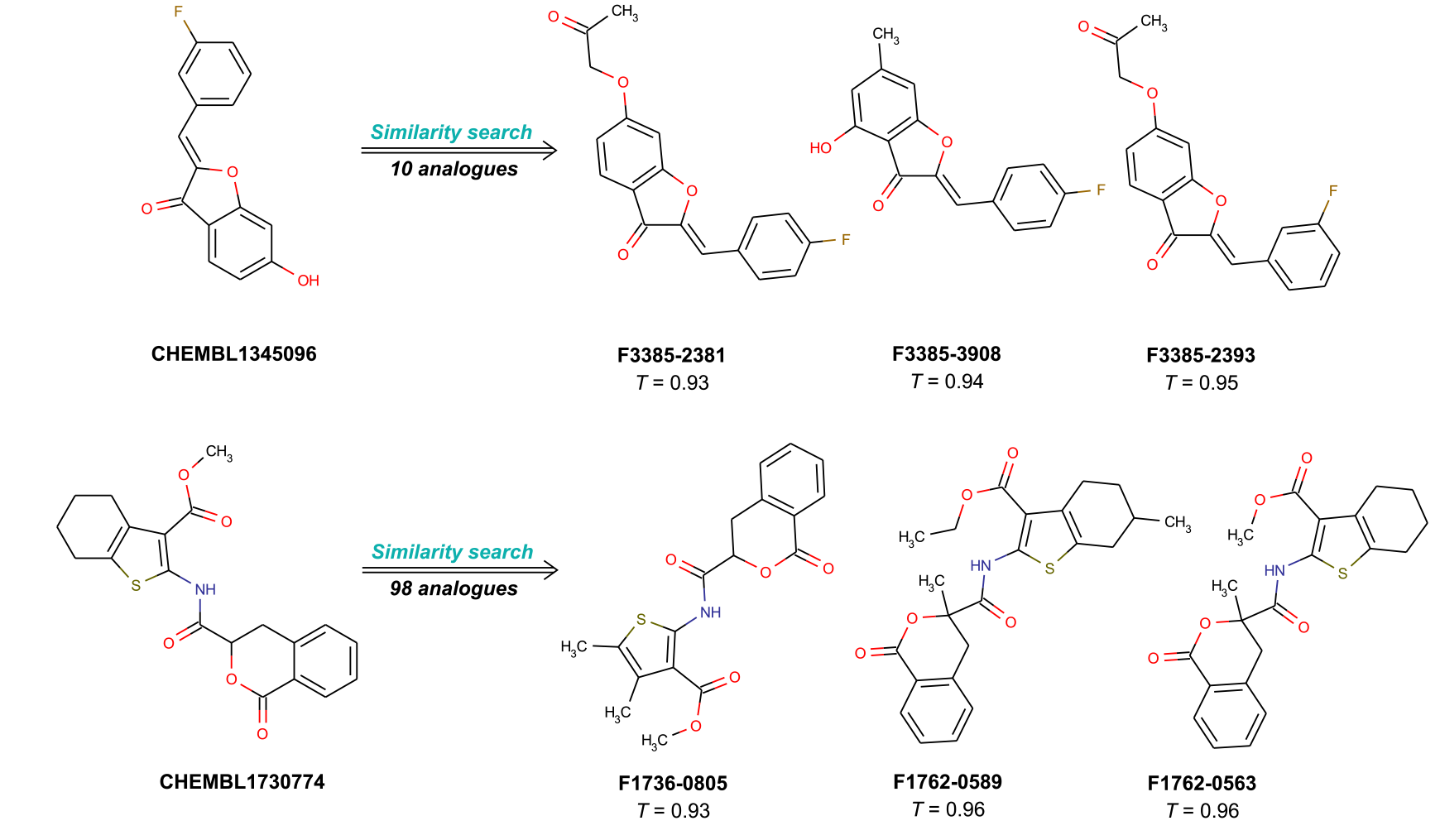