Aspartic proteases are one of the four classes of proteolytic enzymes, which cut other proteins into smaller pieces. Also, proteolytic enzymes are known as peptidases (because they cleave peptide bonds) and as proteinases (because they cleave proteins) [1, 2]. In the aspartic proteases (EC3.4.23), two aspartic acids make up the enzyme’s catalytic machinery. The carboxylate groups of these two aspartic acid residues assist in proton transfer from a water molecule that acts as the nucleophile to attack the peptide bond of the peptide or protein to be cleaved [2]. Aspartic proteases are found in all life forms and play essential roles in some disease processes: hypertension, Alzheimer’s disease, HIV, malaria, diabetes, or fungal infections [1]. Unlike other proteases in their protease family, naturally occurring aspartic protease inhibitors are relatively rare. By investigating the detailed mechanism of the inhibition of protease activity, it is hoped that new insights into inhibitor design will be found [3].

It should be pointed out that all selected structurally-diverse molecules are available in stock, and the Library is being updated continuously with newly-synthesized molecules.

The list of drug targets used for the Library preparation (Fig. 1): 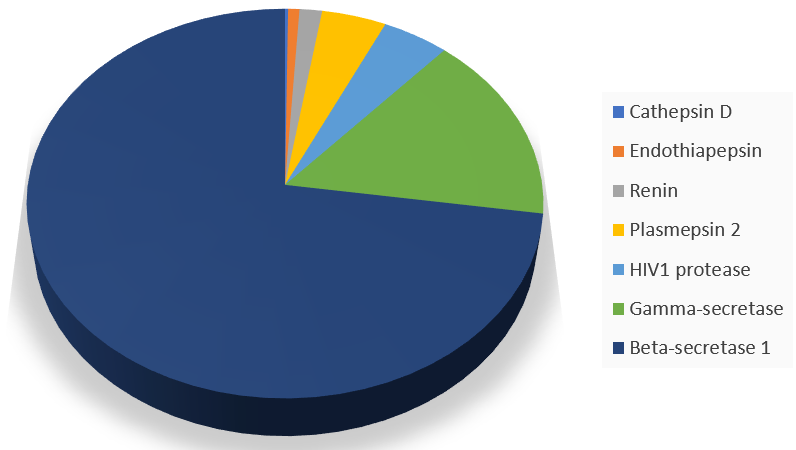 Figure 1. Potential inhibitors of aspartic protease targets within the Library (distribution by the drug target).

In addition, Life Chemicals has prepared a brand-new target-based screening compound library for renin, an important representative of aspartic proteases. Since the early discovery of renin as an enzyme involved in the control of blood pressure regulation by Tigerstedt and Bergman [4], extensive research went into unraveling the detailed mechanism of what is today called the renin-angiotensin-aldosterone system (RAAS) as a two-axis, counter-regulatory system, divided into the classical axis, formed by angiotensin-converting enzyme (ACE), angiotensin II (Ang II), and the angiotensin type 1 receptor (AT1R), and the alternative axis comprising angiotensin-converting enzyme 2 (ACE2), angiotensin-(1-7) (Ang-(1-7)), and the Mas receptor [4,5]. The RAAS blocking is recognized for decades as an attractive option for hypertension treatment, and many related anti-hypertensive drugs are now on the market. Moreover, the last year was also crucial for understanding the potential interactions between the novel coronavirus, SARS-CoV-2, and the RAAS components as possible implications of coronavirus disease 2019-2020 [5,6].

Docking-based virtual screening protocol (Glide by Schrödinger, SP mode) has been employed to scan through the Life Chemicals HTS Compound Collection for potential renin active site binders (RCSB PDB: 2V0Z, 2IKO, 3OWN, and 2X0B). Since all the reference structures included gaps close to inhibitor site interaction, the full renin 3D-models were rebuilt using the I-TASSER server, while protein structure preparation was conducted with the ProtPrep algorithm of the Schrödinger program. No docking constraints have been used to allow the docking algorithm to explore as many ligands’ positions and orientations as possible.

Subsequently, more than 2,300 small-molecule compounds with potential renin-binding activity resulting from the in silico screening and filtering by toxicophore/reactive groups have formed the target Library presented herein.  Of special significance is the fact that the Library has not been made Ro5 compliant as it would have filtered out many peptide-mimicking compounds. 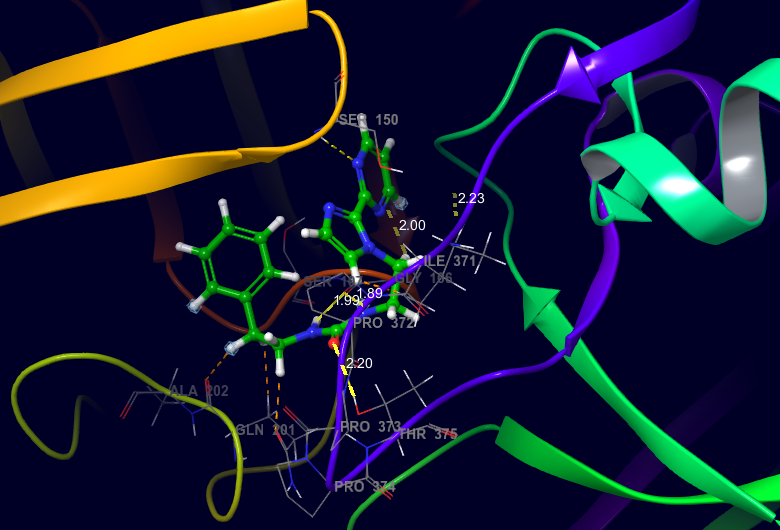