Epigenetic regulation of gene expression implies acetylation, methylation, phosphorylation, ubiquitination and other modifications of chromatin structure that alter DNA transcription mechanisms. These modifications are known as epigenetic marks, and the most important of them are chromatin remodeling and DNA methylation. There are separate groups of proteins, known as “writers”, “readers” and “erasers” of such marks.

Epigenetic “writers” catalyze the addition of chemical substituents onto either histone tails or DNA. These marks are not necessarily permanent modifications; they can be removed by “erasers”. In particular, the bromodomain-containing family of proteins recognizes,or ”reads” modified lysine residues within histone proteins. These mechanisms together regulate gene expression and can contribute to or trigger the development of a number of disorders.

As a result of its research in the above field Life Chemicals presents its three new Epigenetic Libraries designed with both ligand-based and structure-based approaches:

2D Fingerprint Similarity search allowed us to select 650compounds making up the Library. This approach means that referent molecules (active compounds found in literature) and molecules of interest are represented as a set of small fragments encoded in a bit strings (“fingerprints”). Both sets of “fingerprints” are compared to estimate their degree of similarity. When designing this library, reference sets of known epigenetic modulator compounds were obtained from the ChEMBL database. The upper IC50 value threshold for all reference compounds was 1.1 μM against each target. Similarity search was performed with SYBYL-X software (SELECTOR, GALAHAD, Surflex-Sim).

The Library contains 7,000 compounds picked out by virtual screening against the following targets:

In the course of creating this library, our primary interest was focused on DNA methyltransferases: DNMT1, DNMT3A, and DNMT3B, the proteins that are promising epigenetic targets in cancer therapy.

An additional sub-library for Lysine-Specific Histone Demethylase 1 was developed as well to expand and complete our DNA Methyltransferase library.

Compounds from a reference set collected from the literature were docked in the prepared S-adenosyl-l-homocysteine binding sites. Docking (Fig. 1, 2) was carried out with Glide software (Schrödinger), which provides an efficient and flexible prediction of protein-ligand complexes based on constraints in the electrostatic grid maps and hydrophobic regions. Finally, the compounds have been selected by score values according to the results of the docking validation experiment that employed the reference set of compounds. 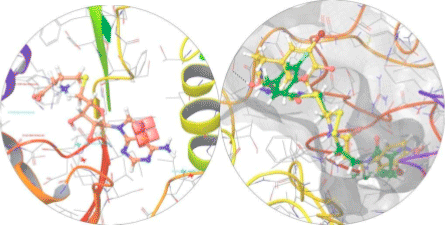 Figure 2. Structures of DNMT3A (left) and DNMT3B (right), the surface of the binding pocket is shown.

Docking in these series of proteins was carried out with Glide (Fig. 3) after analysis of co-crystallized ligand binding modes. Information about the binding modes was obtained from published data and available crystal structures. The analysis included relaxation of protein-ligand complexes with molecular dynamics simulation and protein conformations clustering.

UNITY modeling (SYBYL) was chosen as a screening tool. All protein sequences in both HDAC classes were aligned to evaluate the degree of amino acid homology of the HDAC active site, and one distinct UNITY model was built for each class. To address selectivity of the HDAC reference set a cross-docking procedure was applied to exclude cross-binders (about 20 compounds of high activity and 20 compounds of low activity were selected for each class).

Sirtuins (SIRT) is a class of proteins that possess either mono-ADP-ribosyltransferase or deacylase activity, including the activity that is classified as an epigenetic factor. The SIRT Targeted Library includes potential sirtuin inhibitors and consists of 750 compounds. It was prepared by virtual screening of the  Life Chemicals HTS Compound Collection applying Glide (Schrödinger) software. 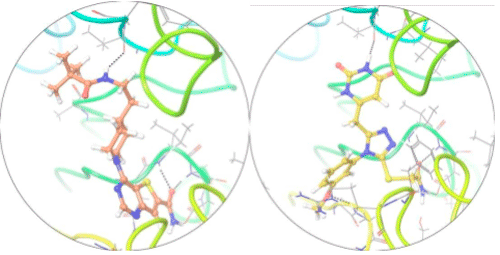