Compounds bearing specific reactive moieties such as acrylamide, vinulsulfone, and vinylsulfonamide groups can be used as potent pharmaceutical agents, and their presence could potentially improve the drug-like properties of potential drug candidates.1

Recent interest in these compounds is associated with the design of covalent inhibitors of cysteine proteases2 and protein kinases3 that represent promising drug targets for the treatment of thrombosis and various cancers. While most enzyme inhibitors described to date are the compounds that bind with a target reversibly, covalent modifiers act irreversibly through the formation of covalent bond(s) with nucleophilic residues in the binding site. A good example is the recent identification of acrylamide derivatives capable of inhibiting the clinically relevant EGFR kinase mutant forms.4

Several inhibitors capable of covalent binding with their targets recently came into the pharmacological market. Examples of the two marketed drugs used in the chemotherapy of different forms of cancer are given in Figure 1.5,6 Both compounds contain activated double bonds that readily undergo reaction with amine or thiol functionalities (usually those of cysteine residue). 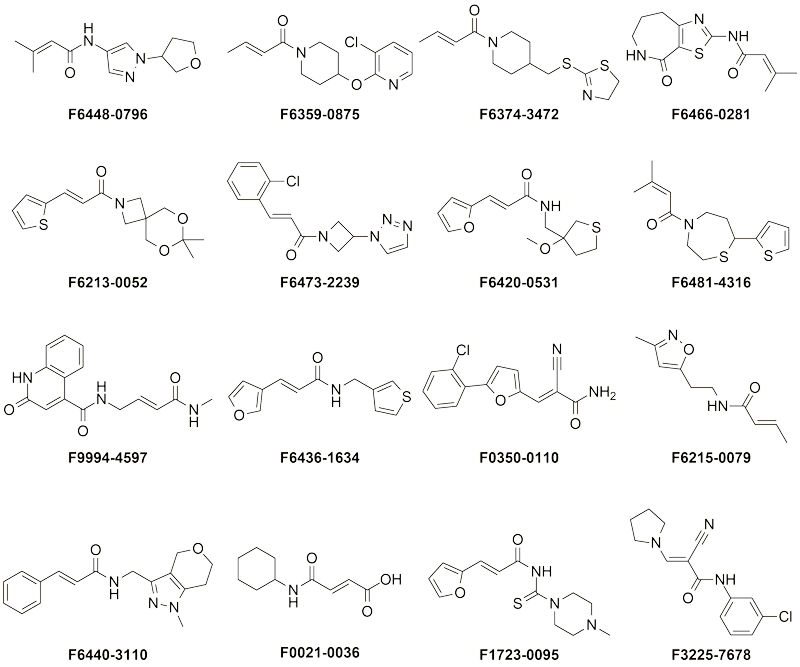