In recent years, covalent chemical probes have become a hot research topic in drug discovery. The number of drug candidates with a covalent mechanism of action progressing through clinical trials or being approved by the FDA has grown significantly; around 30 % of the marketed drugs are covalent inhibitors. This kind of inhibition has many desirable features, including higher biochemical efficiency of target disruption, less sensitivity toward pharmacokinetic parameters, and increased duration of action that outlasts the pharmacokinetics of the compound [1].

The design of selective covalent, irreversible inhibitors is conceptually very attractive, but in practice hard to achieve. That is because it is challenging to strike the right balance of molecular properties between reactivity and selectivity [2-4].

Taking into account a growing interest and widespread use of fragment-based drug discovery, we’ve designed an exclusive collection of covalent inhibitor fragments based on the Life Chemicals HTS Compound Collection. Initially, all the compounds were filtered according to the Rule of Three criteria. After that, a preliminary set of covalent fragments was created by singling out compounds with specific structural fragments (functional groups, warheads) [4-8] that are known to form covalent bonds with amino acid residues in binding sites of targeted proteins, e.g., Lys, Cys, Ser, His and Tyr.

You can cherry-pick compounds or focus on a specific class of covalent modifiers.

Focused sets of screening compounds targeting each of the indicated amino acid residues (Cysteine, Lysine, Serine, Histidine, Threonine) can be provided on request. 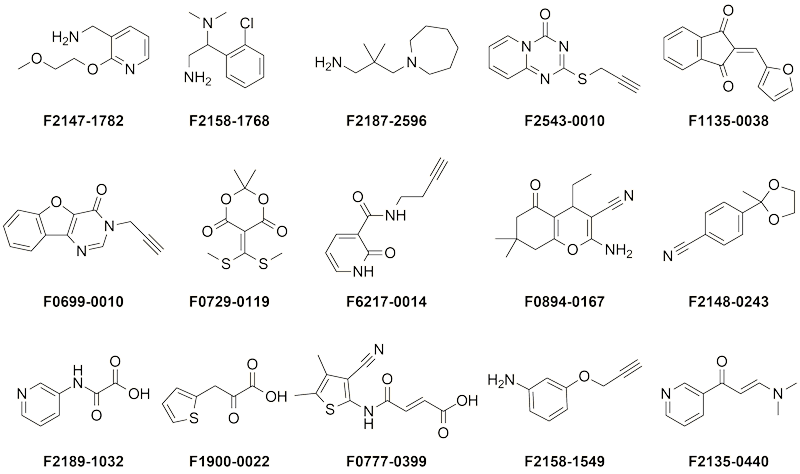 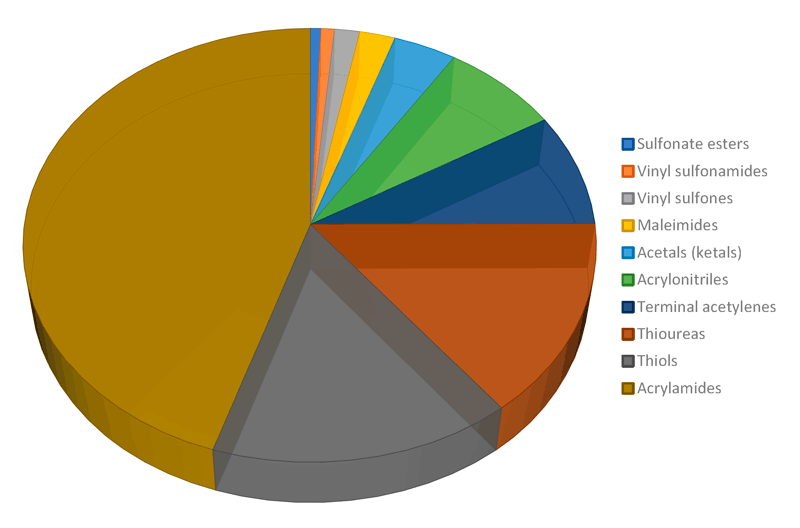 Figure 2. Distribution of fragments by their covalent warheads in the Covalent Fragment Library (excluding Michael acceptors and other types)