The application of FBLD to metalloprotein targets of medicinal interest has been described in the literature [1-3]. Nonetheless, the design, synthesis, and use of fragment libraries based on metal chelators for FBLD applications have not been studied extensively in spite of the fact that they are of great scientific interest. Several small-molecule chelators were shown to effectively inhibit metalloproteins associated with many diseases such as cancer, inflammatory, infectious, cardiovascular, neurodegenerative and other diseases [1,4,5].

There are four main approaches based on metal chelation principles using different metal-binding groups (Fig. 1) [6]. FBLD using metal-chelating moieties should be particularly suitable for the discovery of novel metalloenzyme inhibitors as chelator agents [1]:

We have designed a new Chelator Fragment Library (over 1,580 drug-like fragments) based on the Chelator Focused Library and the Life Chemicals HTS Compound Collection. All the selected compounds have passed a number of substructure, similarity, and physicochemical property filters and were narrowed down according to an expanded Lipinski’s Rule of Three. All compounds containing toxic, bad, and reactive groups have been filtered out from the Library. 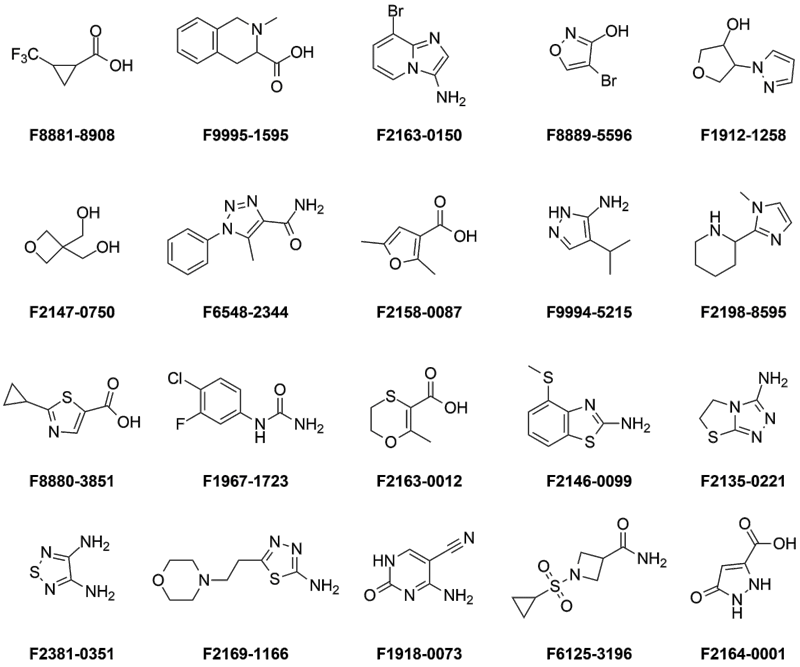