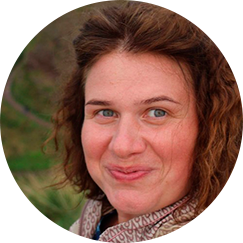 Recent advances in lung cancer treatment involve the use of a newly approved anti-cancer drug lorlatinib.1-3 It is a small-molecule kinase inhibitor (Fig.1), active against anaplastic lymphoma kinase (ALK), a member of the family of insulin-like tyrosine kinase receptors involved in the oncogenesis of several tumor types.4-7 Although lorlatinib has proven effective in patients with ALK-rearranged lung cancer, various resistance mechanisms can develop during treatment and, thus, hinder the therapy. Therefore, a deep understanding of these mechanisms is crucial for the choice of the proper treatment approach. Detailed studies on the resistance to lorlatinib will open the route for the design of novel therapeutic schemes to tailor treatment upon disease progression.

In our recent paper,8 published in collaboration with Gustave Roussy Cancer Campus and Université Paris-Saclay, various biological resistance mechanisms to lorlatinib treatment were studied and characterized, and new strategies to overcome the resistance were considered. The experimental design encompassed investigations of patients in a clinical trial, development of the patient-derived models, and in vivo pharmacologic studies.

To support the experimental part, Life Chemicals provided computational models for the human ALK kinases. The reconstruction and analysis included:

One of the model outcomes is shown in Figure 2, representing a possible resistance scenario. The green structure corresponds to the aligned wild-type ALK; the brown structure – to the mutated one in complex with lorlatinib. In the latter case, greater ALK stability is achieved, which could possibly contribute to the increased resistance.

Additionally, Life Chemicals have designed its novel ALK Tyrosine Kinase Focused Library based on a reference set of known 8,892 compounds active against ALK tyrosine kinases taken from PubChem and ChEMBL DB, using MDL public keys and the Tanimoto and Tversky similarity cut-off 75 %. Reactive, toxic or PAINS compounds and those not meeting Ro5 criteria were excluded from the Library. As a result of this effort, 2,481 compounds were identified and added to the Library.

Please, contact us at orders@lifechemicals.com in order to obtain more details on our featured Kinase Screening Libraries and insilico Screening and Molecular Modeling Services.