Our Unique Building Blocks to Perform Far and Wide

Compounds bearing a carbonyl group conjugated with a carbon-carbon double bond are important subunits of biologically active species1 and monomers for functional polymers.2-3 Recent interest in these compounds is associated with the design of covalent inhibitors,4 which represent promising drugs for treatment of thrombosis and various cancers.

Most protein inhibitors described to date are compounds that bind reversibly with the ATP-binding pocket of proteins. A number of technology platforms have been settled to profile inhibitor selectivity.5 In spite of these advances, the majority of human proteins (kinases) still lack selective inhibitors for investigating their functions in biological systems.6 In addition to this, an emerging class of inhibitors block kinase activity irreversibly by forming covalent bonds with nucleophilic residues located near the binding site.6-7 Irreversible inhibitors exhibit advantages over reversible ones,6-8 in particular, they are able to achieve a more complete and continued target occupancy in living systems. A few inhibitors capable of covalent binding with their targets recently came into the pharmacological market. Examples of two marketed drugs used in the chemotherapy of different forms of cancer are given in Figure 1.9 Both compounds contain activated double bonds which are easily undergo reaction with amine or thiol functionalities (usually those of cysteine) available at the protein binding sites.

Life Chemicals is offering structurally diverse compounds, bearing carbon-carbon double bonds activated by either carbonyl or sulfo groups. These species may be of interest to a variety of drug discovery programs associated with development of covalent inhibitors. Some representative compounds available from Life Chemicals are shown below. The full set of the title structures can be provided upon request at orders@lifechemicals.com. 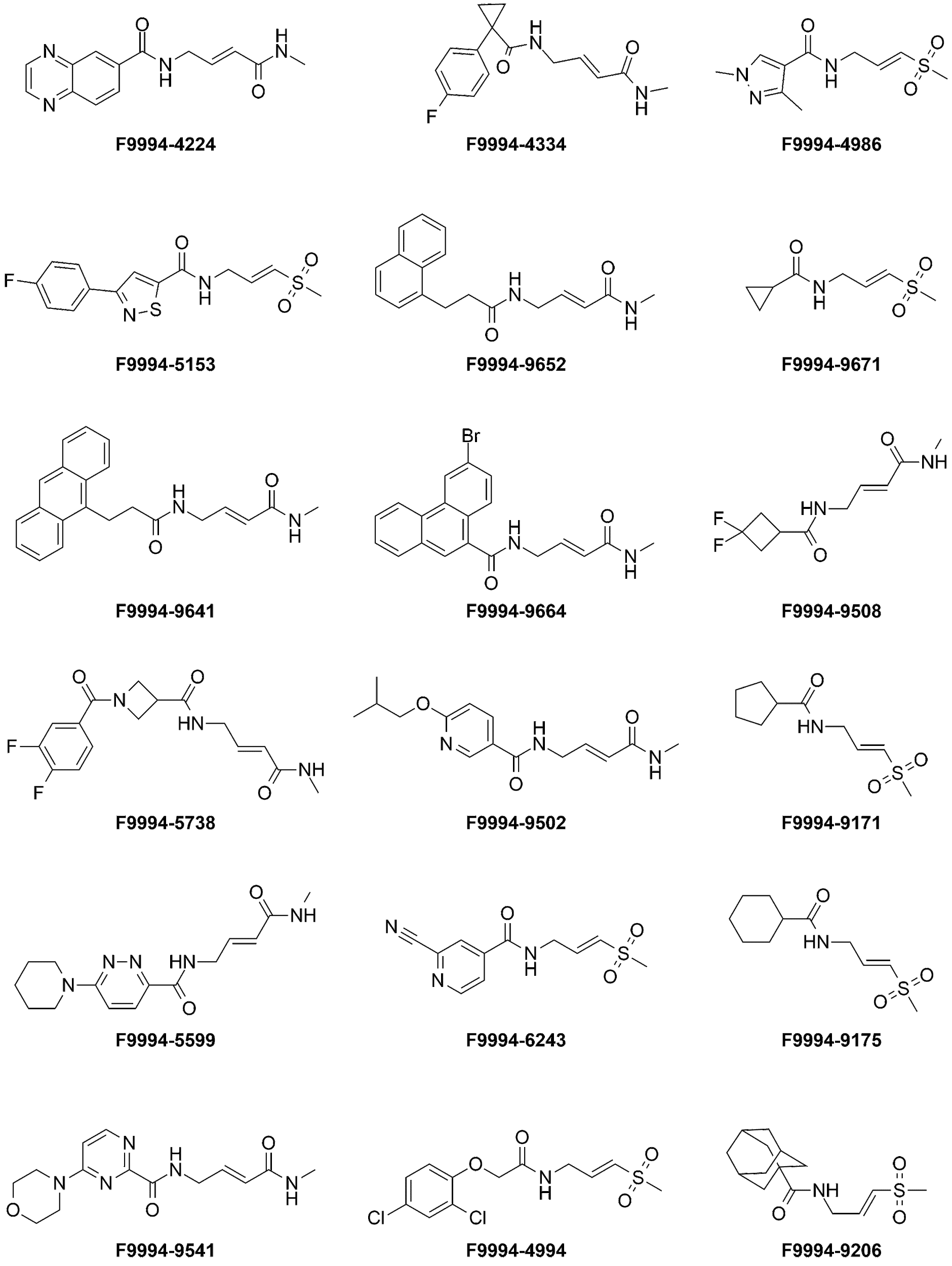